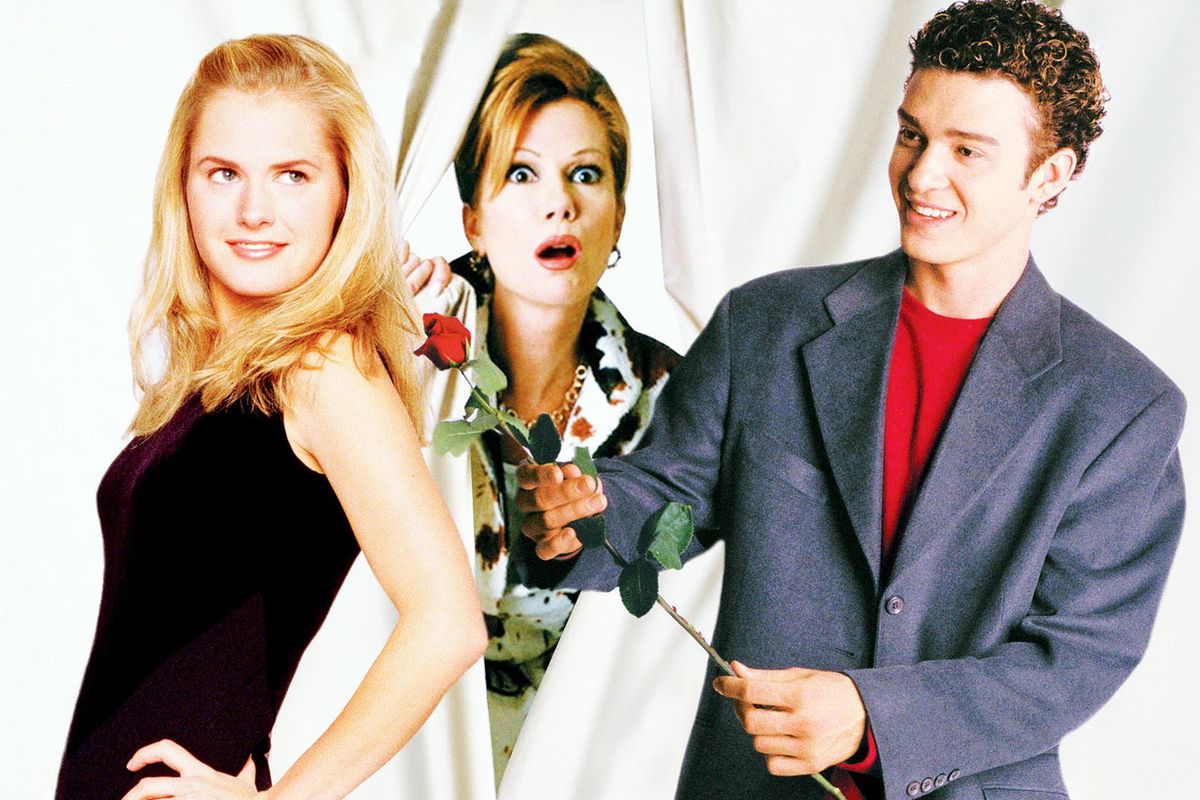 We’ve already seen how musicians don’t necessarily make great actors. For every musician who can actually act, there are hundreds who keep trying but don’t realize they suck (ahem, Madonna). Some have given us some notoriously bad movies, but there are plenty of garbage movies musicians have appeared in that have been forgotten over time. So, grab the popcorn and get comfy. It’s time to revisit some more forgotten movies starring musicians.

Being a huge fan of Joan Jett and Michael J. Fox, I was surprised to learn they starred in a movie together. The 1987 film is a drama about a brother and sister struggling to get their band off the ground while dealing with family issues. From the few clips I’ve seen, Jett is surprisingly good. Maybe it’s because the role is similar to her day job, but she pulls it off. Her performance never made me forget I was watching a rockstar, but at least it didn’t make me want to throw my computer out the window.

Though the movie wasn’t a hit she earned praise for her work. And out of everything on the list, this is the one I’m genuinely interested in watching. Not only does it star Jett and Fox, it’s about a musician struggling to balance family life while chasing her dreams. It’s right up my alley. Of course, you’ll also want to keep your eye out for a brief cameo from a pre-Nine Inch Nails Trent Reznor. Trust me. It’s worth it.

Iconic punk rocker Henry Rollins has appeared in a surprising amount of films throughout his career. Usually, his roles boil down to brief cameos playing unhinged characters. And he’s not that bad. But his lead role in 2016’s The Last Heist is questionable. Rollins plays the unassuming serial killer who just so happens to find himself in the middle of a bank heist gone wrong. Now it’s him against the police, the FBI, and the robbers. It’s your run of the mill mediocre thriller that tries so hard to be suspenseful and exciting. The story is cliché, the effects are bad, and the dialogue is corny.

Rollins is the best thing about the movie even though his performance is spotty. He tries way too hard to be menacing. I didn’t find him convincing as the sinister guy who’s actually a wanted killer. He’s supposed to be eerie and disturbing, but I wasn’t feeling it. Yet, somehow, he’s the most entertaining thing about the movie. If you can stomach this throwaway thriller just to see Rollins crave out people’s eyeballs, then check it out YouTube.

The Who frontman Roger Daltrey actually has a successful acting career. He’s gotten praise for his work in Tommy and The Legacy. But there’s one movie he probably wants everyone to forget. The 1984 thriller, Murder: The Ultimate Grounds for Divorce, stars Daltry as an unhappy husband stuck in a loveless marriage. He takes his wife along with another couple for a weekend getaway where secrets about “affairs, marriages of convenience, and homosexuality” are revealed.

No one has anything nice to say about this movie. Reviews call it bad and pointless and criticize Daltrey for his shoddy acting. What’s weirder is there isn’t much information about it online. The IMDb and Wiki pages for the movie are barren. And as desperate as I was to see a clip of this travesty, I only managed to find a German dub of the movie where it’s known as Bloody Weekend. Judging from the weird plot, lack of information, and few reviews it’s best to forget this one.

Though Gene Simmons ruled the rock world with KISS he had his eyes set on the big screen. He hoped that Michael Crichton’s Runaway would be his ticket to movie stardom. But with it only pulling in $1.1 million in its first weekend on an $8 million budget, things didn’t work out that way. Runaway is a strange Terminator-esque movie about a police officer looking to take down killer robots in a world run by them. Simmons plays an evil scientist looking to profit from the robots.

While I wouldn’t say he’s a good actor, he’s definitely entertaining. He’s so magnetic in the role because he just goes for it. He brings that same over the top energy and drama he puts into his concerts. The movie itself doesn’t look terrible. The story sounds interesting and the cast is decent. It’s a mindless 80s action flick that could be a good time with some friends and some booze.

“Beer For My Horses” is one of Toby Keith’s highest charting singles. It’s also the name of a godawful movie he stars in. Keith plays a deputy who decides to take the law into his own hands to save his girlfriend from drug lords. From the trailer alone, you understand what this movie is about. It’s a typical justice prevails movie filled with slapstick humor, redneck humor, and jokes based entirely on stereotypes. The comedy ranges from groaning to cringy. Most of it is watch this country guy interact with this non-country guy. Isn’t it funny how they’re different?

To make things even worse, it also stars Ted Nugent. When gun-loving, big mouth, I hunt to kill Nugent appears in anything, you get an idea of what to expect. The movie desperately wants to convince you that Keith is a badass action star. It just doesn’t work. Any scene he appears in you just think, shouldn’t you get back to singing about solo cups? There’s just no reason for this movie to exist. There are countless mindless comedies to watch where you don’t have to be subjected to Keith’s toothy grin.

Justin Timberlake proved he’s the rare musician who can actually act with his role in The Social Network. But back in 2000, he tried breaking out of the Nsync bubble with his movie debut in Model Behavior. The made-for-TV Disney movie is a modern version of The Prince and The Pauper. A model and a shy teen girl switch places after discovering they look alike. It hits all the same beats and shenanigans as countless other switching places movies. Timberlake plays Jason Sharp, a male model who falls in love with Alex Burroughs.

Watching a young Timberlake awkwardly deliver cheesy lines like “I’d never run away from you” is both painful and hilarious. He may be a pretty good actor now, but that wasn’t the case for this movie. His line delivery is stiff, his facial expressions range from constipated to confused, and he’s just lame. Disney made a big deal about the movie at the time because of Timberlake. I actually watched it despite this being the time where I despised him (I’m a JC stan). But if you need a good dose of nostalgia and enjoy “so bad, it’s good movies” then check this one out.

Before she starred in the creepy CGI fest known as Cats, Taylor Swift made her movie debut in 2010’s Valentine’s Day. It’s one of those terrible, big-budget rom-coms based on holidays featuring a huge ensemble cast. If you’ve seen one of these, you’ve seen them all. We follow a group of people trying to find love on [insert holiday here]. Swift plays Felicia Miller, a dense blonde who’s dating popular jock Willy Harrington, played by Taylor Lautner.

Swift’s scenes are painful to watch. She’s playing up the dumb blonde stereotype, but in a way that’s grating. Her attempts at being cute, funny, and quirky are over the top and unfunny. Every time she opens her mouth you just roll your eyes. It’s hard to tell if she just sucks or if her performance suffers from a terrible script. Still, I’d rather watch her scenes 100 times over than see Cats even once.

Jon Bon Jovi seems pretty inoffensive as an actor. His performances aren’t great, but they’re not atrocious. But things take a turn in this flop from 2006. It’s a National Lampoon movie, so you already know to expect: low brow humor, gratuitous sex, and zero plot. Jovi’s performance as Frank Hopper, an out of work loser looking for his big break, takes it to new levels of bad.

The main problem is Jovi himself. It’s hard to buy him as a loser with his winning smile, good looks, and gorgeous hair. He approaches the role like he lost a bet. He’s so lame, stiff, and dull. What the hell is he doing in this movie anyway? It’s painful watching Jovi chew through his lines like he’s eating rocks. Of course, the movie was panned and Jovi’s performance was slammed. Thankfully, he’s learned his lesson about appearing in shitty movies.

When I found out that Cradle of Filth’s Dani Filth was in a horror movie, I thought it was a small cameo. But no, he stars in this low-budget horror film. Filth plays a character called “The Man,” the son of imprisoned serial killer Kemper, who carries on his dad’s legacy. With terrible effects, cheap CGI, and a no-name cast that can’t act, it’s one of those bargain-bin movies that clutter free streaming sites. Considering Filth is all about theatrics and wild costumes it sounds like a perfect role for him. But he’s absolutely terrible.

Any attempt at being sinister and creepy is laughable. He spends most of the movie pulling off weird, wooden faces that are meant to be scary or alluring. It’s hard to tell which. Most of the horror happens without him. He just pops up in the shadows to pull a scary face or to sacrifice a cat. The poor effects, bad acting, and awful stock sound effects make this a hilariously bad movie. I still think it was only made to make a loose connection to the band.

In 1987, Mick Jagger and Julien Temple had the bizarre idea to turn videos from Jagger’s She’s the Boss album into a feature-length film. The result is the weird, confusing, and awful Running Out Of Luck. Jagger plays an exaggerated version of himself who is kidnapped during a music video shoot in Rio. What follows are the various mishaps that happen while he tries to return to LA. The movie can’t decide if it wants to be an adventure film or a musical. I was baffled watching scenes where Jagger is trying to survive in the desert, followed by a musical number.

Not only is the movie bizarre, it’s so tone-deaf. Scenes, where Jagger is raped by a plantation owner and robbed by men dressed as female groupies, are played up for laughs. To make it even worse, a lot of the humor is based on stereotypes, like the angry black woman trope, and Jagger casually uses the slur “dago” on more than occasion. It’s so cringeworthy it’s hard to sit through this movie just to see how awful it is. You should just read the hilarious Wikipedia entry instead; it gives you all you need to know about the film.

Madonna has (unfortunately) been in numerous films, but there’s one movie she desperately wants to forget. Back in 1979, Madonna starred in a weird, independent movie called A Certain Sacrifice. Co-written and directed by Stephen Jon Lewicki, she plays Bruna, a woman who lives with three love slaves who do her bidding, including a Satanic sacrifice. Yes, that actually happens. The movie was made before Madonna became a megastar, but it was released in 1985 to capitalize on her popularity. Unhappy with the movie, she tried to buy the rights for $5000 but failed.

She also tried several unsuccessful attempts to ban the film. And when you see it, you understand why. It’s a mess. The plot makes no sense, the acting is terrible, and it looks like a bad student film. It felt like my brain was melting from the few scenes I watched. Never thought I’d want to watch Desperately Seeking Susan again so badly. You can find it on YouTube if you dare to watch.